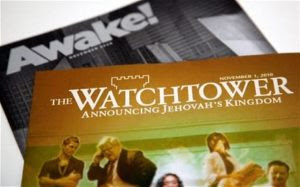 Russia’s Supreme Court on Thursday issued a ruling banning Jehovah’s Witnesses after finding the group to be extremist.

Supreme Court judge Yury Ivanenko said Russia had decided to close down “the administrative centre of Jehovah’s Witnesses and the local organisations in its fold and turn their property over to the Russian Federation.”

From a historical perspective, this decision may lead to very dire consequences for the faithful of different religions, as well as for Russia’s image in the world arena.

Save the situation can be the cancellation of the decision on appeal – board consisting of three Supreme Court judges.

Believers have already begun to prepare an appeal, which must be considered within a month.

Meanwhile, concerns about the actions of the Ministry of Justice, as well as the decision of the Court of First Instance expressed a number of organisations, both within Russia and abroad.

“This lawsuit is a threat not only for Jehovah’s Witnesses, but for the freedom of the individual as a whole in the Russian Federation.

“We call on the authorities, in accordance with their obligations under international law of human rights, stop the trial and review the legislation on the fight against extremism and practice of its application,”Special e-Rapporteur operating under mandate from the UN Human Rights Council stated.