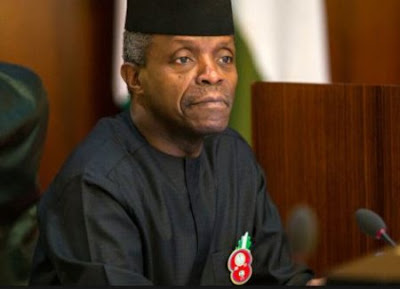 The meeting is being presided over by Vice President Yemi Osinbajo.

According to sources, the cabinet had awaited the president’s arrival until the State House Chief of Protocols suddenly stepped in at 11.00am and whispered to Osinbajo.

A security officer had also stood anxiously behind the president’s official seat in expectation of Buhari’s attendance.

The Council Chambers of the Presidential Villa are scanty as only about 20 ministers were seated at as 11am.